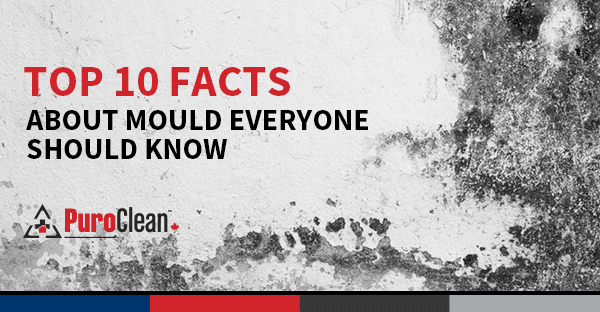 Top 10 Facts about Mould Everyone Should Know

Most homeowners have had to deal with a mould problem in their homes. The bad news is that getting through mould infestation is both slow and troublesome. However, gaining key knowledge about mould can help homeowners keep mould out of their homes. Here are 10 essential things to know about mould.

1. Mould is a fungus that is widely spread in nature, helping organic matter decompose. Indoors, however, mould can cause structural problems to buildings, as well as health problems.

2. The health effects of mould exposure include allergic reactions, asthma, flu-like diseases, pneumonia, and other respiratory problems. Everyone who’s not allergic to mould can be affected by it.

3. Mould grows in moisture-prone areas, such as the basement and bathroom, and in flooded areas. Mould can also develop in hidden parts of a home, such as behind walls, under the floor, or in the HVAC system.

4. While indoor mould can’t be completely eliminated, there are ways to prevent it from growing in dangerous amounts. The way to do that is to control the moisture in the home.

5. To control indoor moisture and reduce mould growth, the humidity should be kept between 30-60 percent by:

6. If there are water leaks through cracks in the attic, basement, walls, or plumbing, they should be fixed immediately to prevent mould formation.

7. Condensation, which feeds mould, should be decreased. This can be done by insulating windows, piping, roof, floors, exterior walls, and other areas on which condensation can form.

8. A flooded home and its contents should be cleaned and dried within 24-48 hours of the incident to prevent mould growth. Calling a water restoration company is the best way to deal with a flooded home.

9. To clean smaller areas affected by mould (less than 1 square metre), it’s best to use water and detergent and scrub the mould off hard surfaces. Then, fans and ventilation should be used to dry the areas completely. For larger areas, a mould restoration company should be hired.

10. Carpeting should not be installed in areas where moisture can be a problem. These areas include the basement, bathroom, by sinks or drinking fountains, or on concrete floors. Here are more tips on preventing mould on carpets.

To learn more about mould, here are 10 Frequently Asked Questions About Household Mould and Top 7 Causes of Mould in Homes. The PuroClean team stands ready to provide professional restoration services to any property affected by fire, water or mould damage.