White Mould: How Dangerous Is It to Your Health? 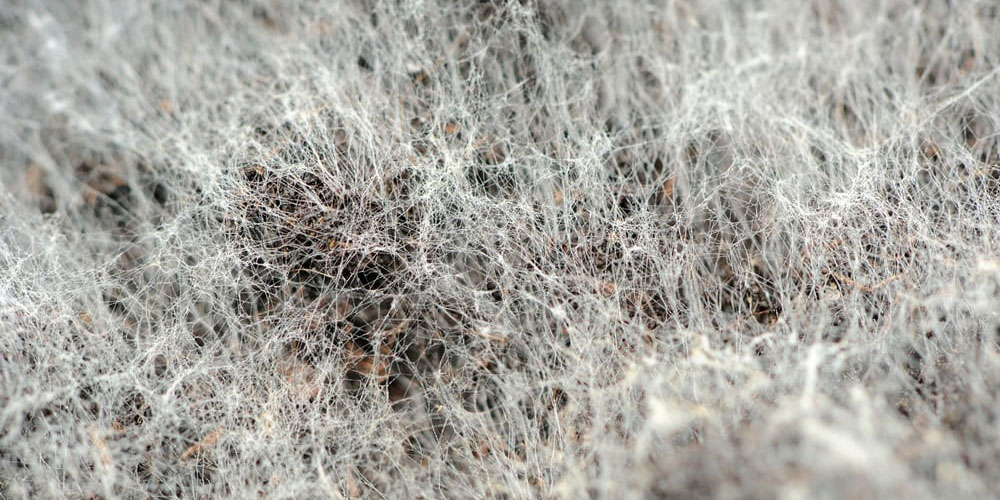 What is White Mould?

White mould is not a specific type of mould—many species of mould may appear white. The species of white mould commonly found in homes are aspergillus, cladosporium, and penicillum. All these moulds may also appear gray, green, black or other tints. Moreover, all moulds thrive in moist areas where a food source like wood is present.

Generally, it’s not necessary to determine the type of mould in a home—all moulds have the same negative effects.

Some moulds may appear white in their early stages of development. Later, these moulds may change colour after producing spores. Yet, many moulds appear white regardless of age because their spores are not pigmented. The lack of spore pigmentation is caused by the type of material it’s growing on.

Also, white mould appears as powdery and may blend in with the materials it’s growing on, which makes it hard to tell that it’s actually mould.

White Mould vs Mildew and Efflorescence

Sometimes, people confuse white mould with mildew, which may also have a white appearance. However, mildew rarely grows on surfaces other than plants and doesn’t destroy materials. White mould, on the other hand, penetrates the surface of porous materials like wood or drywall and can ruin them.

It’s also common to confuse white mould with a substance called efflorescence. It’s a type of salt deposit caused by salty water which seeps through concrete, brick or stone. When the water evaporates, it leaves behind a white crystalline substance that looks like white mould.

Unlike white mould though, efflorescence does not pose any health risks and won’t grow or spread.

To tell whether a substance is white mould or efflorescence, the affected surface should be checked. If it’s masonry, it’s efflorescence. Another trick is to put some of it into a drop of water and if it dissolves, it’s not mould. Lastly, it’s efflorescence if it breaks into fine powder when squeezed between the fingers.

All types of mould, including white mould can cause health problems. Thus, white mould should be removed as soon as possible to avoid health risks as well as structural damage. Even milder forms of white mould can endanger one’s health.

Furthermore, since some people don’t realize that white mould is mould, it may put them at risk for extended periods. The symptoms induced by white mould include allergic reactions, respiratory infections, eye irritations, dizziness, nausea, headaches, and even depression.

Those who suspect they have been affected by mould exposure should consult a doctor and have the mould removed from the property immediately.

White mould is just one type of mould that can invade your home. Here’s essential information about black mould, green mould, and top 10 facts about mould. The PuroClean team stands ready to provide professional restoration services to any property affected by fire, water or mould damage.